This is the newsflash providing you with the latest digest of updates on the European referendum campaign.

Check out the campaign facts: which organisations are the campaign partners, which individuals and political celebrities support our campaign. And by all means read and get inspired by our campaign testimonial from a young Greek enthusiast!
Moreover, don't forget to have your say on the future of the referendum campaign by contacting the campaign secretariat, your nearest UEF and/or JEF section or one of the local contacts of the campaign.

The word constitution might have been scrapped by our EU leaders but Europe still needs a Constitution and it's all the European people together who should decide on it!

Enjoy the read and spread the word!

CAMPAIGN TESTIMONIAL -
Who says one person can't do it?
In March I went to the Federal Committee meeting of JEF-Europe in Berlin and got really motivated to become active: contributing to the European referendum campaign seemed both challenging and exciting. So, I took a signature list from Berlin with me and whenever meeting a friend or an acquaintance, besides chatting relentlessly, having them sign was the thing to end my meetings. Many close friends and family members took signature forms as well and collected signatures from their friends, and their friends gave lists to their friends and family and a broad "network" of people promoting the campaign, resulting in more than 100 signatures.
I guess all that it takes is to dedicate some time and be willing to contribute. You may be surprised from the number of the signatures that you will finally get!

CAMPAIGN QUESTIONNAIRE
It goes without saying that the June European Council gave a heavy blow to our initial campaign demand of keeping the Constitution debate alive and giving the European people a say! After the summer pause the political team of UEF and its partners will decide how to move with the campaign. An enlarged Bureau meeting is scheduled for September 22-23.
In order for you to have your say on the future direction of the campaign we have sent out a campaign questionnaire back in early July. We received quite a few answers but want to offer another chance to do so to. Simply answer the following questions and send them to the Campaign Secretariat either per email or post till September 15:
1. Do you think that the campaign should now demand an EU-wide consultative referendum on the proposed Reform Treaty?
2. Or raise the demand for a new European Constitution instead, to be submitted to a European consultative referendum in due course?

SPECIAL THANKS
A special thank you goes out to all our devoted volunteers, those collecting signatures on the streets of Europe and especially those who helped us with the translations of the campaign website.
Remember that it's not always only about achieving one's goals but more importantly about what you do and who you meet along the way. This is especially true for the goal of constructing a more democratic and transparent Europe, a Europe of citizens!
Pubblicato da AMg alle 23:28 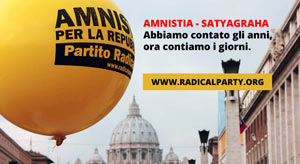